Grindhouse: In or not In?

Home » Grindhouse: In or not In?

Grindhouse is one of the most interesting phenomena in world cinema. In Russia, critics rarely write about grindhouse or B-movies. Among the few exceptions is Ivan Denisov’s review article “Termites from 42nd Street”. Why we are talking about 42nd Street, we will say later, but we will explain the “termites” right away. Ivan Denisov relies on the metaphor of the American film critic Manny Farber, who divided directors into “white elephants” favored by the press and endowed with various prizes, stepping measuredly through the history of world cinema, and “termites”, unnoticed masters who slowly make their way in genre cinema.

Many grindhouse masters, from the author’s point of view, are “termites” who have had a significant impact on the development of cinema. 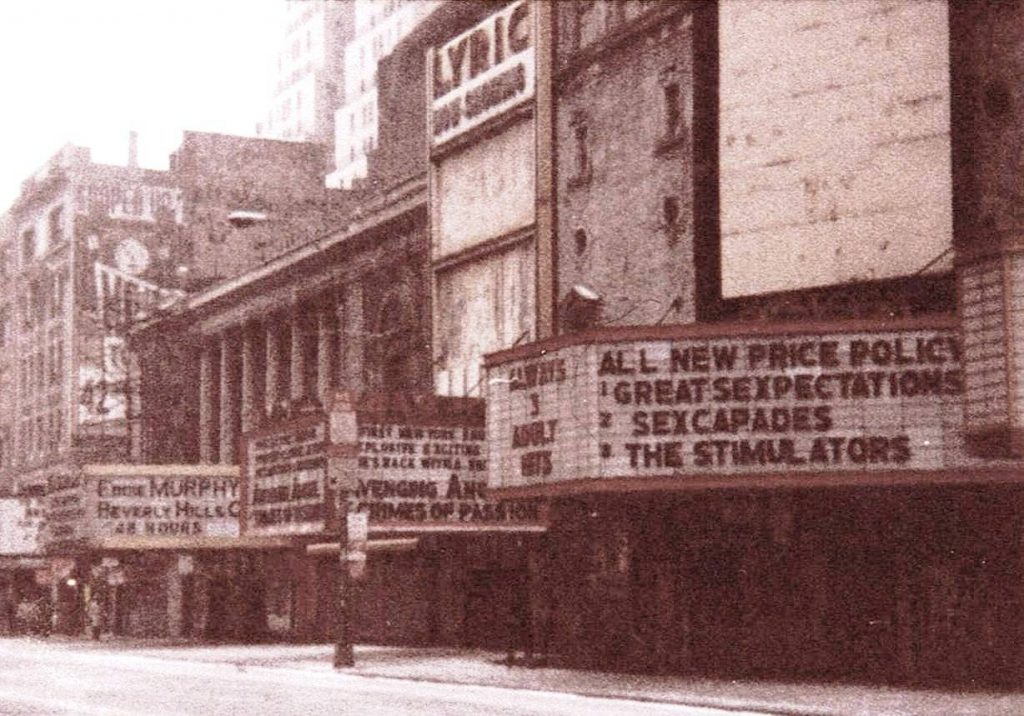 The word “grindhouse” in the world and in Russia came into wide use in 2007 with the advent of the project of the same name by Robert Rodriguez and Quentin Tarantino. After the term penetrated the dictionary of the ordinary moviegoer, interest in films woke up accordingly, which were often labeled “grindhouse”. As a result, the concept turned out to be somewhat discredited, because this term began to refer to all films that could not or cannot claim the status of classics, arthouse, author’s or mainstream cinema, etc., that is, weird – “strange” with a touch disgust (The Human Centipede 2, 2011), extremely cheap genre films, often made directly for television (productions of Jim Wynorski or Fred Olen Ray), scandalous films (Serbian Film, 2010), etc.

However, the concept of “grindhouse” requires, first of all, a historical explanation. Once upon a time, in the 1960s and 1970s, this was the name given to cinemas that showed low-budget films, usually not of the highest quality, with abundant demonstrations of violence and scenes of a sexual nature, sometimes explicitly pornographic. Pictures of this content could be seen mainly in large American cities, which were located in states with relatively free legislation. 42nd Street in Manhattan in New York was famous for its grindhouse cinemas – this is where the important concept of “42nd Street Cinema” originates, however, today these cinemas are no longer here and what is called a grindhouse often turns out to be not a grindhouse in the authentic sense of the word. It happens that as a synonym for this concept, the phrase “exploitation cinema” is used. Films in this category are devoted to politically incorrect topics – violence against women (and not only sexual), brutal murders, bloody horrors, describing the “secret life” of convents, depicting Nazis as sexual perverts, black Americans as pimps, gangsters, drug dealers, etc. P. Hence the various types of exploitative cinema – sexploitation (exploitation of taboo sexual topics), nazploitation (exploitation of Nazi themes), nunsploitation (exploitation of the life of convents), blaxploitation (exploitation of blacks), a special subspecies of women in prison (WIP), that is, “women for lattice “… In 2011, Elijah Drenner’s documentary American Grindhouse (2010) was shown in some Russian cinemas. On the whole, the picture quite accurately, although sometimes fluently, paying too much attention to third-party plots, told about the history of the American grindhouse. Most of the characters in the film, with the exception of a few film historians, are former directors, many of whom once worked in the field of exploitation cinema, and some even went on to make careers in big cinema. Interviews included directors John Landis, Larry Cohen, Joe Dante, Jack Hill, Don Edmonds, Ted Wee Michaels, Herschel Gordon Lewis, William Lustig, and actor Fred Williamson. All these masters, even if some of them shoot today, have already made their best pictures a long time ago. Which once again indicates that the classic American grindhouse, as we knew it, belongs to history.

Description: This full-length film masterpiece consists of two separate episodes, filmed in parallel by two eminent, legendary American directors. Robert Rodriguez had a hand in filming the first part called Planet Terror, while his colleague Quentin Tarantino was involved in the filming of Death Proof. And although the resulting pictures are characterized by independent storylines, nevertheless, they are closely connected by the presence of several acting characters.
So, at first, viewers learn about a terrible plague that broke out on our planet, because of which most of the careless earthlings died in terrible agony, while the remaining, surviving “lucky ones” have to fight with crowds of bloodthirsty living dead.

Here there is a place for black humor, and monstrous explosions, and a sea of ​​blood, and even miniature girls who can easily handle giant machine guns.
But in the second half of this film story, we will talk about the everyday life of Michael Parks, a cruelly hearted stunt maniac who, for a hitherto unknown reason, announced a hunt for stunning young beauties, using his own racing car as a murder.