The history of the musical: from “Singing in the Rain” to “La La Land”

While La La Land is taking over theaters, collecting awards and raving on social media, we decided to investigate its origins and dive into the history of the musical. Here’s a little overview to better understand this phenomenon in American culture.

The musical took shape as a separate genre only in the 20s of the 20th century, having developed from opera and operetta. All thanks to New York Broadway. Since the theaters there did not have permanent troupes, the tenants had to constantly come up with something to interest the audience and not burn out on a failed performance.

The result of these searches was a musical — a dynamic performance, where singing was not just an interjection that could often interrupt the plot (as in an opera or operetta), but a part of the story. In addition, such plays were comedies and featured young, attractive and brash characters—exactly what audiences wanted after the First World War.

The success of musicals on Broadway coincided with the end of the silent film era. As a result, the first sound films were filled with songs to fully reveal the new possibilities of Hollywood. But only the complexity of sound recording (it was recorded during filming on microphones) and the work of the cameraman (so that the rattling of the camera did not get on the sound track, it was packed in a huge soundproof box) did not allow experimentation – movie musicals were similar to each other and over time started to get bored.

Everything was changed by the sound recording technology in the studio – the camera could finally convey the rhythm of the dance and the song, and not just shoot the general plan. Musicals took over the big screen — in 1929 and 1930, Hollywood released almost 200 films, which seriously “overfed” the audience. Despite the fact that in the following years the number of films dropped to 10-15 per year, the entire period from the 30s to the 50s was called the “golden era of the musical”. It began in 1929, when “Broadway Melody” won the “Oscar” as the best film.

The picture “Singing in the Rain”, which appeared on the screens in 1952, became the crown of the golden era. He talks about the beginning of the sound era of Hollywood, as if summing up the intervention of sound in cinema. The picture received an Oscar for the musical accompaniment and was recognized many times as the best musical of all time.

1960s: “Mary Poppins” and Broadway at the movies

The beginning of the 60s was successful for musicals thanks to the Disney studio and the reproduction of popular Broadway productions on the screen. Among them were “West Side Story”, “The Sound of Music”, “My Fair Lady” and many others.

As for the Walt Disney studio, it created almost the only popular original musical in the 60s (created specifically for the cinema) – “Mary Poppins”, which received 5 “Oscars” with 13 nominations and is considered one of the best adaptations of the works of Pamela Travers .

Throughout the decade, the musical struggled with rock ‘n’ roll, which was gaining in popularity, and eventually succumbed to the onslaught of opposition music. The late 60s brought many high-profile critical failures (Hello, Dolly! with Barbra Streisand) and commercial failures. For example, “Doctor Dolittle” didn’t pay off in theaters, but received 3 Oscar nominations (and took two statuettes for best song and best visual effects). The same happened with the picture “Oliver!” (1968), which, despite its low gross, won Best Picture. 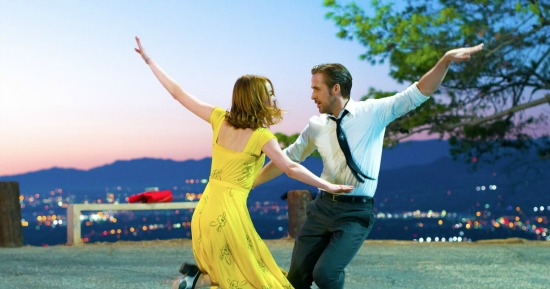 The stagnation of the genre lasted. Despite the large number of releases, they did not receive the same recognition as before. However, the decade was remembered for several notable paintings.

In 1973, the movie musical “Jesus Christ is a Superstar” based on the rock opera by Andrew Lloyd Webber and Tim Rice was released. The main characteristic feature of the picture was music and furious criticism from religious organizations, which made the tape a great advertising campaign. As a result, the film not only paid off, but also gained popularity thanks to the soundtrack.

Two years later, one of the most unusual musicals of all time, The Rocky Horror Picture Show, starring Tim Curry and Susan Sarandon, flopped in theaters. The freaky and debaucherous film became a cult in the early 80s, when it began to be played in theaters during late night screenings.

The end of the 70s was remembered by John Travolta, Olivia Newton-John and their “Briolin”. The musical became a sensation, grossing nearly $400 million on a $6 million budget. The soundtrack to the film was also a wild success — it went platinum 20 times. These victories “forced” the studio bosses to release the second part. It successfully failed at the box office, but became the starting point for Michelle Pfeiffer’s career.

Despite the success of individual films, the musical never regained its title as the main genre of modern cinema. The films appeared on the screens, from time to time received good box office receipts, but they could not argue on an equal footing with action films and dramas.

Disney helped to partially revive the former glory of the musical. In 1989, the company released the cartoon “The Little Mermaid”. The success encouraged other corporations, so the 90s became the era of singing animated films – “The Horror before Christmas”, “Anastasia” and “The King of Egypt” were released. What’s more, the wild popularity of Beauty and the Beast and The Lion King led to them getting their own Broadway productions.

2000s: the return of brilliance and success

The twenty-first century suddenly decided to return to the traditions of the movie musical. Already in 2001, the world saw “Moulin Rouge” with Ewan McGregor and Nicole Kidman. It received 8 Oscar nominations, and a year later, Chicago won the Academy Award for Best Picture.

The genre did not slow down – “Dream Girls”, “Sweeney Todd”, “Les Miserables”, “Phantom of the Opera”, “Mamma Mia” and many other films appeared on the screens, which turned out to be successful. Disney was also not far behind – in addition to animated musicals, several feature films were released: “Enchanted”, “In the dark, dark forest” and “Muppets”.

Musicals also include numerous biopics about musicians that became popular in the late 2000s and early 2010s. It is “8 Mile” about Eminem, “Ray” about Ray Charles, “Jersey Boys” about The Four Seasons or “Just from Compton” about the rap group N.W.A.

“La La Land” by Damien Chazelle is a homage to the “golden era”: he uses all its main techniques, organically weaving dance scenes into the plot. At the same time, some scenes have modern elements, like a live performance at a concert, while others are a throwback to the era of the 20s, when dancing was part of a choreographed number on stage.

As for the story told by the director, it has two characteristic features. The first is timelessness: although the events take place in the present, it looks about the same as any decade after the 50s. The second is originality. Chazelle wrote the script for the film and did not use Broadway material.

“La La Land” is very similar to the first musicals of the 20s, which were staged in theaters. A comedy story, young and bold characters, a dynamic plot – this is exactly what the public needs in the era of change.